So many things have been said about the Caps' HBO Curse--admittedly mostly by me, under my tinfoil hat over here--but even though the team hasn't fared particularly well under the bright lights of 24/7, we also shouldn't forget that Episode 3 was when things broke for the Caps--that was when we started winning, that was when we got our swagger back. Episode 3 of the Flyers/Rangers series aired tonight. Coincidence??1? (Yes.)

Everybody with me now: exhale. The Caps have earned a stay of execution. GMGM's hand is still hovering over the big red button, and it has not been pushed, because that was some damn good hockey.

Welcome back Beagle! I know he's just a fourth liner but having a healthy roster is a big fucking deal in this league right now. We're now 3-0 with him in the lineup. Coincidence??1? (Yes.)

Safe within the womb of the Verizon Center, the first period starts out...pretty darn good. Don't adjust your monitors, this is reality. I am astounded at every moment of puck possession. It's like a beautiful, rare animal, discovered centuries after it was thought to be extinct.

For a few brief minutes it continues to be rare. The Rangers are in our zone and trying to score some kind of a goal, but there is one tiny flaw in that plan, and that is Tomas Vokoun. He's a bit aggressive tonight. Getting a puck anywhere near him is basically like waving a red cape at a bull. He hates that puck. It has done him wrong, and he wants to kill it. 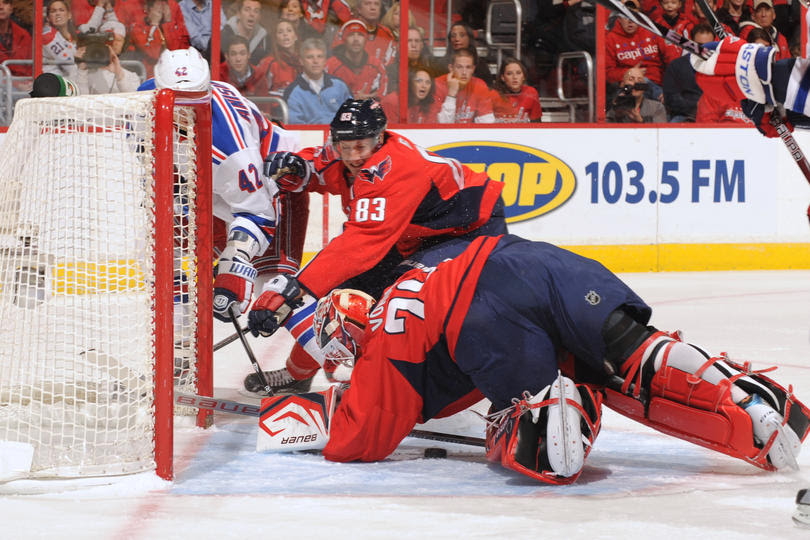 There's a heart-stopping chance by Anisimov. Everybody thinks it's a goal, except for Anisimov, who is too busy fucking up. 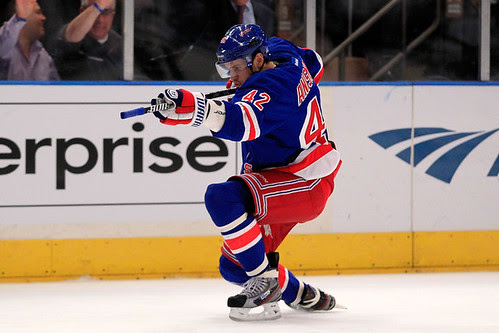 Marcus Johansson is sick of this fucking shit, and decides to be ten different people on the ice at once. Del Zotto tries to play goalie, but he should probably stick to his day job. He pretty much assists on the goal. 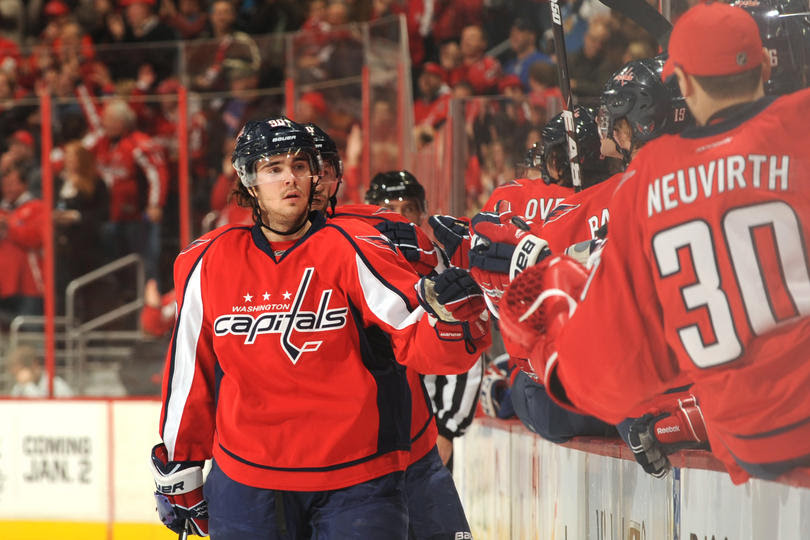 Words cannot do this turn of events justice. Marcus Johansson is a delight.

He'll get them for that one.

It's the most beautiful penalty kill. It should be framed and hung on a wall as art. 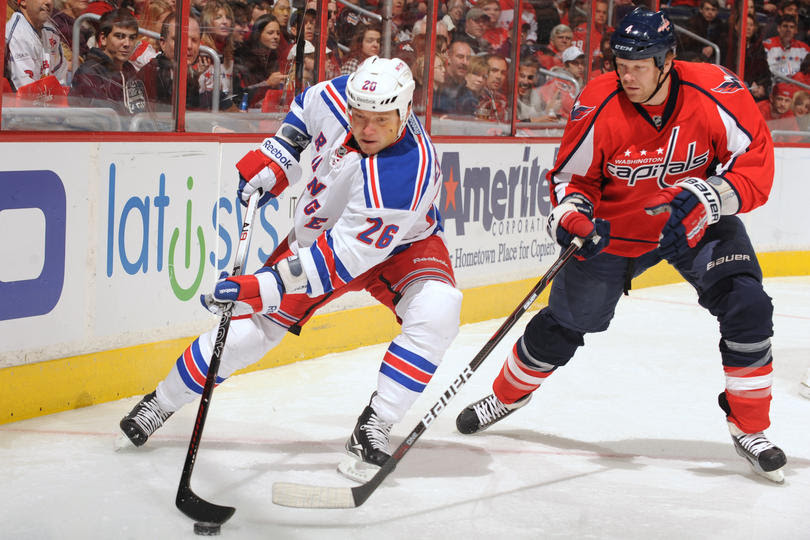 A few minute later, Erskine with the most hilarious tripping call in the history of the world. John Erskine doesn't go down without taking someone with him, bitch. 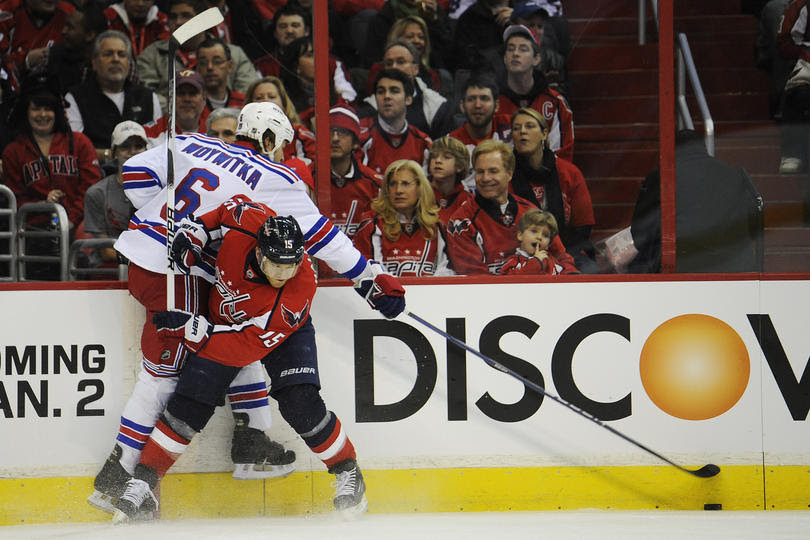 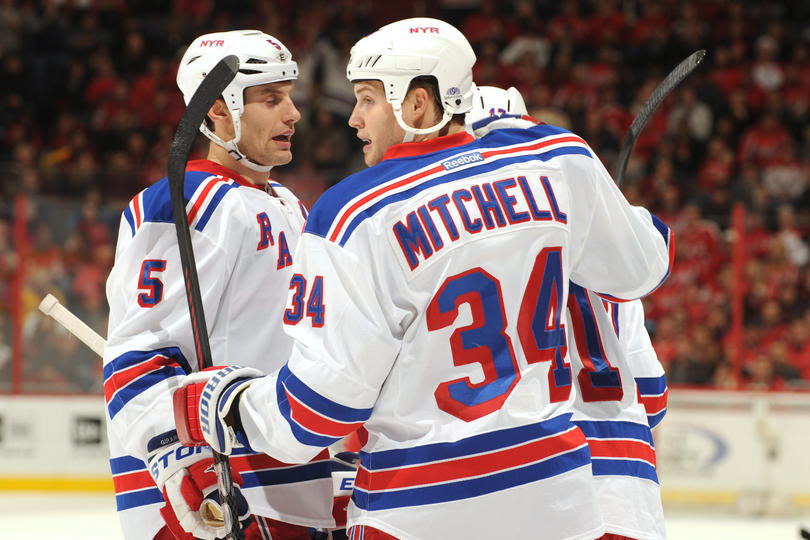 Carlson falls down and Dubinsky leaps over his prone body on the way to a goal. Where are his manners? I suspect he was raised in a barn. 1-1.

Bickel penalty. The PP is furious and full of life, the Caps are lining up widowmaker after widowmaker and it is just lucky for Mrs. Biron that none of them really get through. Brouwer has a goal on his stick. His name is all over it, the puck is whispering his name. 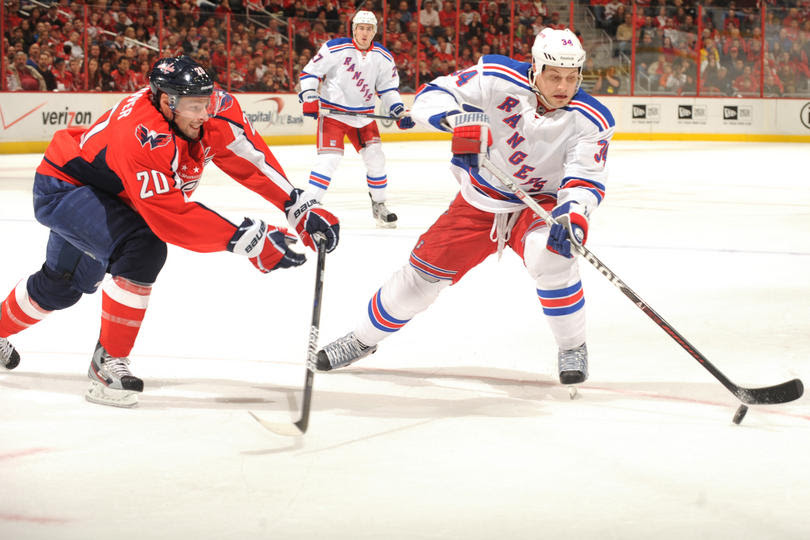 This distracts him, understandably. Miss.

The One That Got Away. He is heckled by the internet.

In the intermission, Versus broadcast team go on at length about some player named Mark Johansson. Where do they even find these people? 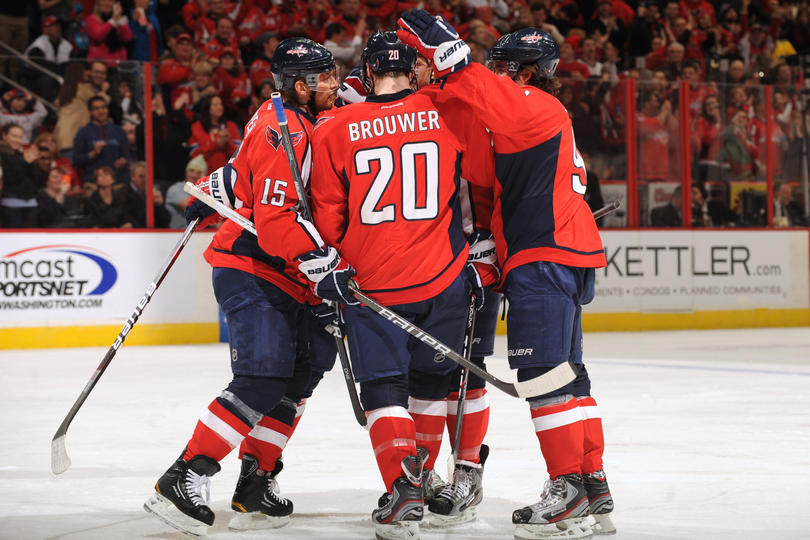 In the second period, Brouwer earns our forgiveness and then some. This is good because I think he would have gone on a tri-state killing spree if one more puck had bounced the wrong way on him.

There's some fuckery after the whistle. Help, oh no, the Rangers are pretending like they want to fight us.

Seeing as it's Orlov and Erskine they are hassling, I am not really worried. 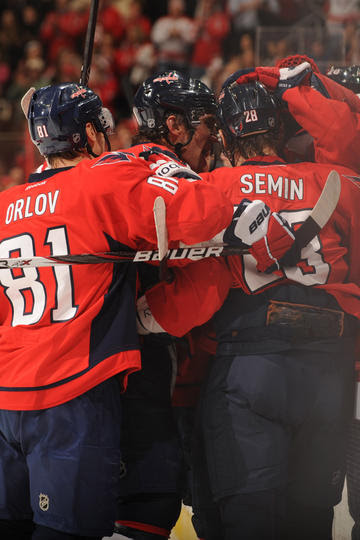 Of note: Alex Ovechkin is inhuman tonight--he's creative, he's destructive, and he is out for Ranger blood. A huge hit by him springs Backstrom, who sends a Backstrom Pass™ to Alex Semin. Alex Semin gets everyone in the stadium pregnant. It is the most glorious sickness you have ever seen.

Jay Beagle takes a penalty at 13:20. Welcome back, Jay Beagle! Your cake is in the penalty box.

Fortunately, the Caps PK has no flaws. Jim Johnson is a mastermind, and deserves his own fanclub. T-shirts and complimentary bumper stickers are free at the door, as soon as I figure out a catchy/stupid name for this.

For the first half of the third period, the Caps hold it down pretty well. The Rangers are trying to score--apparently they don't want to lose the game? Weird. Nothing night-wrecking comes of this, however. So far so good.

Wideman elbows and goes to the box. On the PP, Callahan briefly believes he's a soccer player. 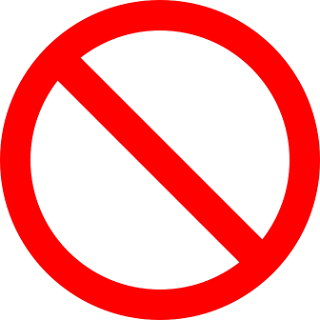 It is the most fake goal to ever be not-really scored. Toronto agrees. Cry yourselves to sleep, NYR.

With four minutes to go, you are pretty positive we are going to win this hockey game. It's a great feeling--but Sasha's not done. He's just showing off now. 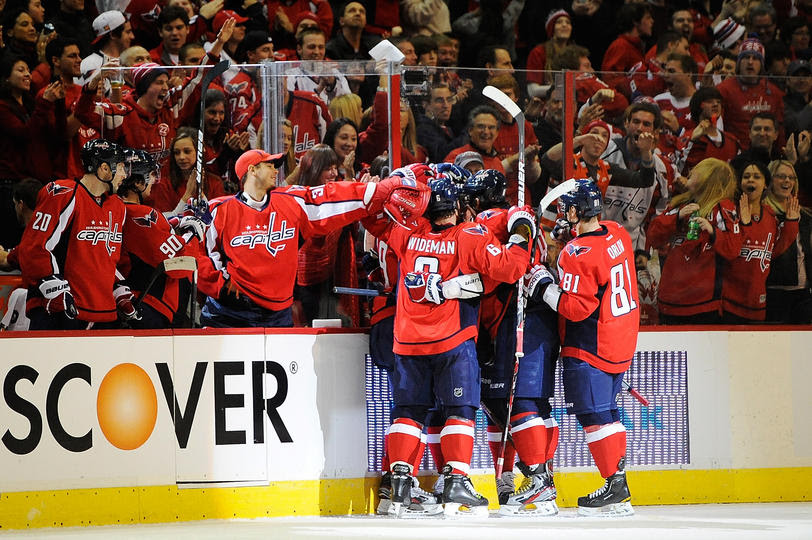 How about that Semin, huh? Everyone is so confused. Wasn't everyone sure he was a bad hockey player and also the devil? 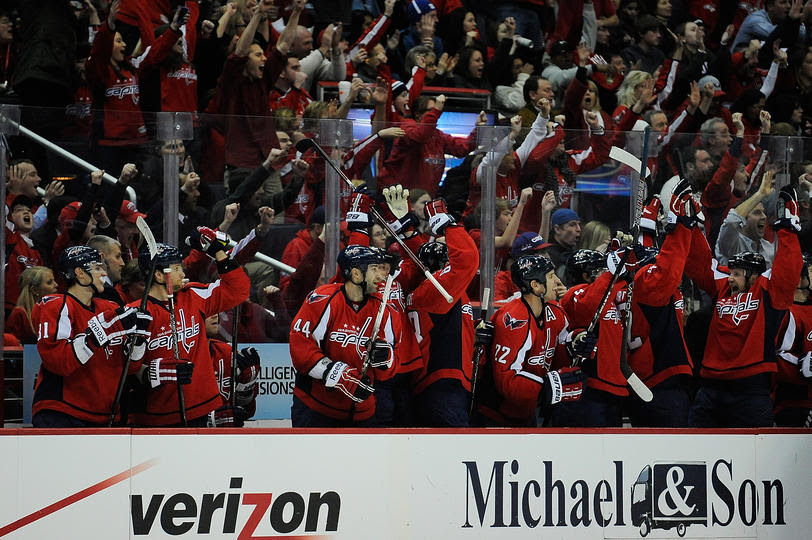 WHERE IS MY GLITTER TEXT.

Now that, THAT was a solid game. Thank God, because I was about all out of pep talks, the tank was running pretty low. The trick will be to see if we can sustain it, but do yourself a favor and give the stressing a break for a night or two, because it hasn't been all that fun to be a Caps fan for awhile now, and tonight was--if nothing else--a lot of fun.

It's okay to enjoy that.

So here's the part where we light up and go 10-0-0, right? We've all been waiting for it very patiently. Now would be a good time.

hockey yelling
Ana. 22. I refuse to be calm about hockey, the end. 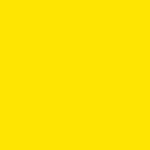 no goals in two months. someone's due for an 8-pointer.